What is the common point between the late Internet genius Aaron Swartz and the climate control in your car? Creative commons, a software licensing model used to develop a knowledge sharing platform that helps car constructors make better vehicles. Using this open source model to develop their own collaborative platform, automakers Daimler, Volvo, and Volkswagen, partnering in this project with 29 partners led by Dassault Systemes, can now create intricate virtual prototypes of their vehicles to test every part of the vehicle under simulation. Just a few years ago, these companies were doing simulated testing isolated from each other.

In three years, the project allowed the development of the Functional Model Interface, or FMI, a standard for exchange of information that is revolutionising the level of quality that consumers can expect in automobiles, while reducing the sticker price and upping reliability. For car manufacturers, the benefits are equally important: they can now model and test an entire assembled car under life-like conditions using software.

Daimler initiated the development of the FMI primarily to simulate drivetrain tests, which ensure high- shift quality for cars and trucks, and is also looking at the technology to model dynamic driving assistance systems, and courtesy features, such as power windows which can sense a child's finger in the way. ‘We may not share our physics models,’ says Bernd Relovsky from Daimler’s system and software simulation, coordinator of the project in Germany, ‘but the way we couple the tools and models is not really important for competition,’ making that information permissible to share.

Creating a common standard for interoperability was not easy: each automaker had developed its own bespoke software solution to integrate its components and test its products. ‘It was quite clear what kind of mathematical entities we needed to exchange in order to make the simulations robust,’ says Relovsky, ‘but the simulation tools were not compatible.’ In order to create a standard for the industry, the MODELISAR project partners decided to begin working on a solution that would be unprotected by copyright.

By the end of October 2012, eleven car manufacturers had signed a commitment to establish the FMI as a standard for exchange with their suppliers. After an initiative by Ford, Daimler and BMW to make FMI an industry standard, they were joined by Fiat, GM, Jaguar-Land Rover, Nissan-Renault, Toyota and Chrysler, along with the original project partners Volkswagen and Volvo. For these companies, FMI isn’t just a change of protocol, but a change of company culture. ‘We are working in a different way than we worked before,’ says Patrick Chombart, Modelisar project manager at Dassault Systemes, a 3D systems and product design software maker.

The FMI standard now supports 35 software modelling, code generation, testing and simulation tools, and its content is available online under the Creative Commons Share Alike license, making it usable by anyone in the automotive industry, and has caught the attention of engineers and software designers in other domains such as energy, aerospace and railway. 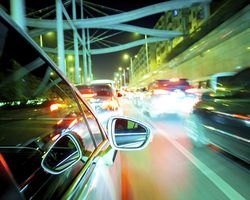