Our increasingly connected world is more and more at risk from software vulnerabilities and security flaws. The new security testing paradigm developed in the DIAMONDS project resulted in several European SMEs bringing new products and services into this fast-growing market, and continues to influence international standards.

“Software,” as online pioneer and entrepreneur Marc Andreessen noted in 2011, “is eating the world”, with everything from entire governments and cities through to individual cars and smartphones increasingly connected and in continuous communication with each other - and us.

“Nine software security failures in ten are caused by software defects – generally, a hacker exploits a vulnerability which should have been spotted during software testing as early as possible in the development process,” explains Dr Ina Schieferdecker of Germany´s Fraunhofer FOKUS institute. “The problem is that these systems’ complexity, openness and dynamic nature makes it hard to test them – it’s extremely difficult to assess what a new system’s security risks will be, or test the security of a system when it’s ready to deploy.”

As a result, the market for security testing – particularly security test automation - is expected to reach €4.5bn by 2019, doubling in size in just five years.

This market, however, is dominated by large US companies. The DIAMONDS project has placed software security testing on a more solid footing and helped several European SMEs develop new products and services.

Setting the software security standard
The project brought together 22 industrial and scientific players from six countries to develop a new security testing paradigm and methodology, and successfully demonstrated and evaluated it in eight industrial settings.

“Software security is not a problem with a single fix – it’s too complex a field,” says Dr Schieferdecker. “Instead, we developed a new paradigm, known as model-based security testing, along with a diverse array of test automation methods. We then tested those innovations through the case studies brought by our project partners from banking, telecommunication, automotive and other sectors.”

The case studies transferred the DIAMONDS results to market quickly, accelerating its impact

Several standardisation documents have been adopted by the European Telecommunications Standards Institute, for example, and have been forwarded to international standardisation bodies. These documents reflect the project’s case studies, where the partners fine-tuned the methodology for several different industrial domains.

For French SME Montimage, for example, the project created new partnerships, enlarged their skills base, added new features to their flagship software tool and directly led to their involvement in more European projects. 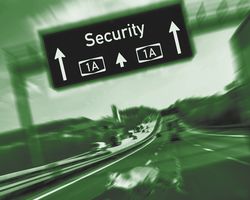