Kortrijk, Belgium, 29 May 2018 — Last week, Barco won three awards for its contribution in cross-border technology innovation projects. Barco received the awards at the EUREKA Innovation Days, which celebrates the high achievements and most innovative R&D projects in smart energy, industry, mobility and health.

EUREKA is a European organization that stimulates and facilitates research and innovation development between enterprises, research institutes and other partners beyond national borders. The organization drives various industry-led project initiatives, one of them being ITEA, of which Barco is a founding company and in which it has been an active member since the start 20 years ago. Over the years, Barco participated in over 30 projects, several of which have resulted in game-changing outcomes for business as well as society.

"Barco is really at the heart of open innovation in Europe! Of course, we are exceptionally proud to see that Barco’s contribution to our projects has really paid off. More than 10 ITEA projects in which Barco participated became award-winning projects or were promoted as a success story and many of the projects resulted in viable business for the company."

"That’s exactly the purpose of ITEA: helping businesses develop new, successful products based on pre-competitive research in an open community beyond national borders.”

An ecosystem for innovation

Andy De Mets, who coordinates some of Barco’s external innovation projects confirms: “One of the key aspects of these projects is the international cooperation with other innovation-minded actors in Europe and beyond, creating an eco-system of partners and knowledge. This has led to the success of, for instance, our digital cinema offering and our Nexxis solution for the digital operating room.”

Barco’s participation in ITEA projects significantly contributed to the sustained growth of the company, which is facilitated by the support of the Flemish agency for Innovation and Entrepreneurship (VLAIO) that stimulates and supports innovation in Flanders.

The awards received last week were for three different projects: C³PO, BENEFIT and MEDIATE. C³PO refers to a city co-design solution (which features Barco’s transportable cave) where the company shows its commitment to more sustainable and conscious communities. It wins in the category Business Impact. BENEFIT addresses improvements in healthcare areas like image-guided intervention and treatment and also wins in the category Business Impact. The MEDIATE project, which focuses on patient friendly medical intervention, wins in the category Innovations of Tomorrow, recognizing Barco’s leadership role when it comes to technological innovation. 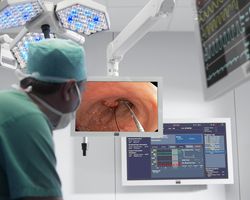 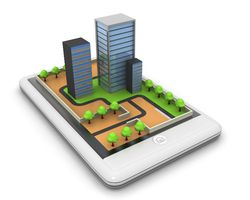 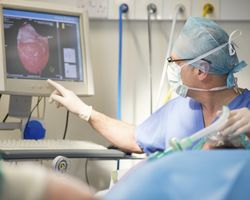 Better Effectiveness aNd EFficiency by measuring and modelling of Interventional Therapy