Artificial Intelligence, a hype
or a bit more?

SEMbySEM, a project that finished 8 years ago, developed a semantic approach to the monitoring and management of systems of all sizes. Intelligent reasoning requires a dedicated language to manipulate all the concepts, in a specific application domain, and an associated semantic. It is what we call in computer science an ontology. Many ontologies have been developed in ITEA projects. SEMbySEM developed its ontology offering simple and effective control based on the myriad of devices to be found in the 'Internet of Things'. In train signalling a higher level of security solving the interoperability of this heterogeneous system was demonstrated in terms of product to command & control and the actors involved. Thales, for example, demonstrated a systems application for a Spanish underground railway network, enabling the automation of decision processes in both normal and abnormal conditions.

SEAS developed a full ontology similarly to describe the new world of decentralised production, storage and distribution of renewable energy. This is key for the energy transition as we move from a centralised architecture under the control of a big operator to a decentralised world where large numbers of actors intervene to produce energy and distribute it locally. It was clear the command & control of such heterogeneous system was significantly more complex, and interoperability was at the heart. They found that the cleverest solution was for this ontology to describe all the products and automatically generate the command & control from this description. The DAPM architecture was chosen by ENGIE as the reference architecture for the company's overall service platform whose market potential including the applications (cumulative from 2017 to 2020) is some $70 billion for the geographical regions where the ENGIE competence already exists.

The BaaS dream was to transform a building into a building as a service. Since smart buildings of the future need comprehensive and extendible cross-domain management and control functionality, BaaS introduced a novel semantic IoT service framework for commercial buildings along with a reference architecture and corresponding software platform as a basis for current and future commercial building automation and management technologies. Materna's Open Source JMEDS platform, which was further developed in BaaS, has been downloaded more than 31,000 times all over the world (87 countries) since its publication.

ModelWriter provides a generic framework for automated traceability analysis, allowing the integration of two types of reasoning: the meaning of text and document structure. This target is very important for complex system documentation. For example the weight of the documentation of a plane is the weight of the plane itself. It is clear that to master such documentation you require a kind of automatic intelligent framework so an integrated authoring environment was developed in which a Semantic Word Processor (the 'Writer') and a Knowledge Capture Tool (the 'Model') were combined to reduce authoring effort by 20%.

APPS focused on safety, security and protection of an increasingly complex, diverse and 'smart' marine environment. It required multi-sensor architecture with data fusion and the solution of the semantic and organisational levels of the interoperability stack for the development of plug & play solutions. Advanced image processing based on deep learning on a huge database of ships images under tough climatic constraints resulted in incredible precision even when the picture quality was actually very low. The ship image dataset and ship detection using deep learning allow image classification for vehicles at a 98% success rate.

I could continue with such examples for a long time – we have tens of projects in ITEA that have used technologies which are covered by the concept of Artificial Intelligence and which have indeed delivered impressive impact. Thus in ITEA we can say Artificial Intelligence is more than the hype. We have shown for many years now that you can't solve the level of complexity that confronts us without using these kinds of technologies. And it delivers incredible results.

I hope these few examples will have convinced you that AI covers many domains used in ITEA for: Interoperability, Perception, Advanced UI, Command & control, Deep learning, Digital Twin.

ITEA is business oriented, with a large majority of our projects pushing AI technologies to their limit to solve some challenges defined by business needs. ITEA can be considered as an AI programme dedicated to impressing the impact of AI on business, and in a way that is complementary to other more academic programmes. 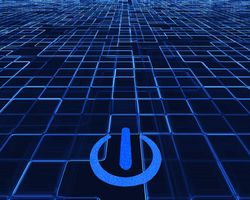 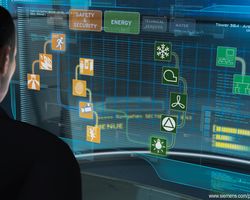