RGB was founded in 1988 as a University spin off by Ricardo Ruiz, a  professor at the High Technical School of Industrial Engineering; The initial objective of the company was in the development of advanced medical devices and consultancy in the area of Bioengineering.  Amongst the different pioneering devices manufactured by the company is the Baricontrol.  This device was designed for B.Braun Infusion pumps Manufacturer to be used in clinical operations and intensive care units for arterial blood pressure regulation with an automatic dose delivery of vasoactive drugs; it became the first robotic device to provide automatic medical assistance, with comparable and stable performance as compared to trained medical personnel.

Since 1992, RGB has moved into the Vital Signs Medical field with a wide range of vital signs multiparameter monitoring products called Omicrom. The first model was launched in the Interhospital´95  exhibition in Hannover.

In the last years, RGB  has incorporated a broad number of new products and monitors, that cover the whole range of Vital Signs monitoring in a typical hospital environment currently used in more than 75 countries. From initial product design through pre-market clinical tests, all our products meet applicable standards of performance, reliability and durability.  RGB has signed commercial OEM agreements with companies like Spacelabs, Palco and Kontron for world wide distribution.

RGB has been pioneering eHealth activities as medical device manufacturer since 1995, with the launch of the first CE marked  multiparameter telemonitor of its kind for home care, as part of a telemedicine service. RGB has broad knowledge about the telemedicine market and exploitation issues ; e.g. operating as consultant and providing telemedicine technology to companies such as Tunstall in UK and Telefonica in Spain. Currently we provide technology for telemedicine services to various distribution companies worldwide, and we are developing a family of products for homecare based on small devices that incorporate some very innovative technology for Non Invasive measurement. We use the latest textile electrodes technology which has proved to be very adequate.

It has expertise in hardware and software as well as and middleware communication for medical device networking in the Vital Signs domain. The company has been involved in several EU funded project, with implementations based on newly developed open standards in medical devices. RGB has intensively taken part on EU CEN (Committee European Normalization) TC251 for Medical Devices Interoperability, and particularly in the currently established ISO 11073 norm.

Its technical force of highly experienced engineers has a strong compromise in the installation, maintenance  and customization of current implementations. 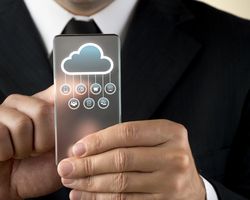 Ambient Intelligence for the Elderly