The optimisation of production schedules for multiple objectives such as make-span, use of renewable energies, or total energy usage, is a difficult and increasingly relevant task. While a large body of work exists for production optimisation in general, those do not always fit the requirements and constraints found in the real world. The goal of the ITEA project SPEAR was the development of a comprehensive platform for measuring, simulating, and optimising production processes.

To achieve multi-objective optimisation of production processes, project partner TU Berlin developed an approach based on a genetic algorithm that allows users to optimise for make-span, energy consumption or cost, or a mixture of these goals. Approaching the end of the SPEAR project, the code has been made available as open source and can now be found in the GitLab repository of DAI-Labor at https://gitlab.dai-labor.de/spear/spear-optimisation.

The modules’ underlying model includes concepts such as products, tasks and task-modes, machines and cells, resources for modelling dependencies between tasks, and variable energy sources, allowing a wide range of production scenarios to be modelled and optimised.

The optimisation was evaluated using different scenarios provided by partners in the SPEAR project and showed promising results, being able to find non-trivial solutions, trading e. g. a slight increase in make-span for a significant gain in energy efficiency.

The algorithm is made available as a REST web service, providing different routes for configuration and the actual optimisation. The Requests and Results are encoded in JSON, allowing the optimisation to be invoked from and integrated into any other programming language. For local testing and debugging, the modules also include an insightful graphical user interface.

An instance of the REST Interface is currently running on the servers of DAI-Labor, TU Berlin, at https://spear.aot.tu-berlin.de:8082/, including a comprehensive description of the API. Alternatively, to host your own instance of the server, it can be built from the open-source code or used as a Docker image, found at https://hub.docker.com/r/dailab/spear-rest-interface. 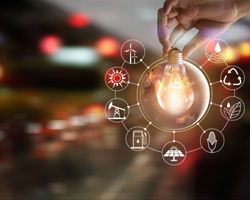 Smart Prognosis of Energy with Allocation of Resources