OpenModelica, an open source software developed with substantial support from the ITEA 2 projects OPENPROD (2009-2012) and MODRIO (2012-2016) is used to generate code for optimising control of almost one tenth of the German electric Power production. This was disclosed at the recent Modelica2015 conference taking place on 21-23 September in Versailles. OpenModelica is developed primarily at Linköping University Sweden, as well as FH Bielefeld and TU Dresden, Germany.

Since August 2015 OpenModelica is used in ABB’s product Optimax Powerfit to generate optimising control code that within seconds control and coordinate about 5000 MW (ca 7.5%) of the German electricity production. This has recently been expanded to about 6000 MW.

The current electric power production system consists of many power plants, both renewable and non-renewable production.

”Up to 1500 MW comes from more than 2500 small solar- and windpower power generators which are coordinated to appear as one big power plant”, tells Rüdiger Franke, team leader for process optimisation technology at ABB, Mannheim, Germany.

Peter Fritzson, professor at Linköping University, Sweden, and leader for the OpenModelica project is pleasantly surprised:

”It is very thrilling that our software is used for energy optimisation, especially coordination and control of renewable energy such as solar and wind power. This is an important step on the way to a sustainable society with completely renewable energy production, especially new in conjunction with the climate conference COP21 in Paris”, says Peter Fritzson.

The development of OpenModelica is supported by ITEA projects such as OPENPROD and MODRIO, but also by an international consortium of 48 companies and universities, and by other research projects. The open source software is used as a basis for research and development, and also for new and improved products.

”OpenModelica is generally very useful for development and operation of industrial products, e.g. in sectors such as automotive and power production, but also for so-called world simulation where different scenarios for our planet Earth and its human society future development are explored”, tells Peter Fritzson.

Rüdiger Franke sees a number of advantages by using OpenModelica: ”Open source is very valuable for industry since it allows greater flexibility, it is quicker to fix possible errors and it also simplifies communication between suppliers and clients”, he tells during the Modelica2015 conference. 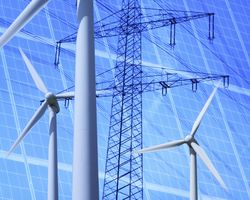