The EUREKA Network has published a success story on the ITEA 2 IMPONET project:

For Spanish energy utilities managing consumer data to achieve greater efficiencies will soon be a government requirement. The IMPONET project is likely to play a key role in making it happen by applying big data to the energy sector.

In April 2014, the Spanish government announced that utilities would have to bill electricity consumers per hour, something of course that will require capturing and processing huge amounts of data on an hourly basis. The government aims to achieve greater supply efficiencies and provide a better service to consumer, and data processing technology developed under the IMPONET - project might be exactly what they need.

“All of a sudden, our research has been getting a lot of attention,” says IMPONET project leader Eloy Gonzalez Ortega from INDRA Software Labs in Spain. “We foresaw that utilities would soon have to cope with huge amounts of consumer data. There might be thousands of industrial meters, but there are millions of individual consumers.”

The project, which was launched in 2010, developed an XTPP (eXtreme Transaction Processing Platform) which is capable of gathering, capturing and feeding data from residential meter readings to a back office – in real time. By analysing such massive amounts of data, the system is able to manage the unpredictability of energy sources, thus helping to reduce consumption and boost the efficiency of energy distribution.

A crucial element to the project’s success has been the involvement of a major Spanish utility company, GNF, which provided the project team with access to consumer data and helped to identify key industry requirements, and what might need to be implemented. “The energy sector’s involvement means that when we talk with other utilities about the benefits of the technology, we can relate it directly to industry needs,” says Ortega.

“We foresaw that utilities would soon have to cope with huge amounts of consumer data.”

He adds that by applying this new data technology, utilities can achieve energy efficiencies of between 5 and 10%. Importantly, the IMPONET platform can also be applied to collect energy data from sustainable (distributed) energy resources, and then help to control its efficient distribution. Utilities in other partner countries – Slovenia, Turkey and South Korea – are also set to take advantage of the new technology.

IMPONET has also hugely benefited INDRA, which hopes to secure €1m this year alone in contracts as a result of the project. “We also plan to hire between five and ten new analysts/programmers because of this,” adds Ortega. “These are conservative estimates and we plan to significantly enhance the business in the coming years.” INDRA is currently involved in talks with major utilities such as GDF Suez.

For consumers, the most obvious benefit is the ability to access hourly energy information and thus be able to consume more or less, depending on the price of energy. Consumer energy savings derived from the individual monitoring and benchmarking of energy vectors (electricity, gas, etc.) are estimated to be around 10%. Indeed, the project is paving the way for the implementation of real demand response programmes in the energy sector, and creating opportunities for the European energy ICT industry to become more competitive. “The sky is the limit,” says Ortega. 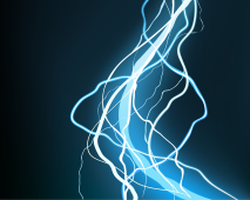