Cyber-physical systems (CPS) are very large systems that not only involve a large number of stakeholders but are safety critical and have significant impact on the economy and the environment as well. This makes tools for the safe and efficient design and operation of such systems imperative. The ITEA project MODRIO, which ran from 2012 to 2016, was set up to extend modelling and simulation tools based on open standards (Modelica and FMI) from system design to system operation.

The main technological ambition of the project was to provide an integrated modelling and simulation framework able to efficiently specify, design and operate CPS. To that end, new ideas were developed to address the complete engineering lifecycle, from preliminary design to operation and maintenance. New features include the formal modelling of requirements involving objects, sub-systems, systems and human interactions in space and time in order to automate system design verifications.

With optimisation of the operation of large transients such as start-ups or shutdowns or the evaluation of the consequences of faults and failures in mind, a new modelling approach was developed. The aim was to provide the ability to simulate the system behaviour away from its nominal operating point when transitions between modes, represented by completely different sets of equations, take place. For the safe and efficient systems operation, techniques used for weather prediction, known as data assimilation, were adapted to CPS in order to evaluate the system state, in real-time for predictive control or with the error margins for system diagnosis. The stochastic aspects of CPS were also taken into account by associating in the same framework probabilistic methods (such as fault-trees) with deterministic modelling and simulation.

A key success factor for this project was the involvement of large industrials whose businesses are to design and operate large CPS in four major industrial domains: Energy (electricity production, transmission and distribution), Aerospace (civil aircraft), Transportation (trains) and Buildings. The industrials ensured that the project was always on the right track by providing requirements constantly updated to the industries real needs, which are rapidly changing because of environmental concerns and harsh economic competition, and by validating the results of the project against real-life demonstrators.

Another key factor for success was to base tool development on two existing standards, Modelica and the FMI, whose properties of being already mature for industrial exploitation and yet still sufficiently flexible to be adapted to the problems at hand fitted the bill. The fact that all prominent players in the MODRIO project participated in those two standards, in terms of standard and tool development, was also a major reason for success.

Last, but not least, the project benefited from the cooperation between SMEs and research organisations. The latter developed new methods to solve the difficult scientific and technological problems related to the modelling and simulation of CPS, handing over the results to the former to be implemented in a wide range of commercial and open source tools covering nearly all aspects of physical modelling and simulation at the system level: Energy performance simulation for buildings (Sherpa Engineering), IDA ICE (EQUA Simulation AB), JModelica.org (Modelon AB), SimulationX (ESI ITI GmbH), Triphase (Triphase), Wolfram SystemModeler and OPCClassic (Wolfram MathCore AB). Having the OPCClassic Modelica library as part of Wolfram’s offering has been an important enabler for them to broaden their scope on process industry projects. After the MODRIO project, they have taken on a number of public funded research projects and consultancy projects within the process industry domain which, in term, has led to the development of their OPCUA Modelica library that further strengthens their modelling and simulation platform in the process industry domain.

The project results have been exploited in numerous ways, starting while the project was still in progress. One of the main early achievements was the ability to generate software code for optimising the control of almost one tenth of German electrical power production. Since August 2015, OpenModelica has been used in ABB’s product Optimax Powerfit to generate optimising control code that controls and coordinates about 5000 MW (ca 7.5%) of German electricity production within seconds. This has subsequently been expanded to about 6000 MW. Up to 1500 MW comes from more than 2500 small solar and wind power generators that are coordinated to operate as a single big power plant.

As another example of early achievement, Vattenfall used the results to optimise the start-up of conventional power plants, with an estimated yearly gain of €850k per plant. Such optimisation is being made necessary by the rising share of renewable energy production that forces conventional power plants to manoeuvre more frequently to balance the grid, while complying with all operational constraints in order to meet safety and environmental regulations and minimise system wear.

R&D projects, in particular ITEA ones, helped in creating or enhancing new capabilities from quite low TRL in particular domains to levels which now allow industrial use of these promising technologies

For Dassault-Aviation, MODRIO has enabled many very useful breakthroughs for the design of next-generation aircrafts, in particular the results regarding the modelling of requirements and system architecture, associated with fast multi-core simulations, multi-mode modelling of system failures and safety analysis. Outputs from ITEA projects brought Dassault-Aviation capabilities allowing working differently, in a more global capabilities to handle complex systems; which takes part of the global (digital) transformation of the company.

In the rail domain, the industrial cooperation partners – Knorr-Bremse and Bombardier Transportation – focused the results on crosswind stability and friction brakes, where there is high economic potential once the brake distance management has become adequately reliable. To raise the potential of brake distance management, Knorr-Bremse uses FMIs extensively to share simulation models between the stakeholders. This makes it possible to simulate the behaviour of the entire system of a passenger train in a very early stage of development. As a consequence, the newly developed braking systems allows Knorr-Bremse to reduce by 30% the hardware tests, which in general are very resource consuming. In addition, the safety margins between trains can be smaller with this braking system and thus more efficient usage of the track and better flow of trains - between 5-14%, depending on the type of traffic - and passengers can be achieved.

In the area of connected driving, the simulation of autonomous vehicles and ADAS (Advanced Driver Assistance Systems) has been enhanced through a City Traffic Modelica Library. A combined multiple-shooting and collocation optimisation method was further developed for efficient solution of complex optimal control problems by TU Ilmenau. A student team of TU Ilmenau applied this method in the framework of model predictive control to the autonomous driving Audi Q2 cars in connection with another software environment (ADTF), winning 1st prize in the Audi Autonomous Driving Cup 2017 and 3rd prize in 2018.

In the building sector, EQUA Simulation AB created the only building monitoring tool (the IDA ICE Building Tracker) that leverages the information collected by the numerous sensors installed in modern buildings to provide unique diagnostic capabilities. Many, very diverse, customers already have shown strong interest in the IDA ICE Building Tracker. Currently, EQUA Simulation AB is in the process of building prototype projects; discussions are ongoing for an office building in Austria, an airport in Germany, and a multi-family residential building in Sweden.

From the start of the Modelica initiative, DLR-SR has used Modelica models directly in controllers, with the considerable benefit that non-linear models of the systems can be used in the controllers with acceptable design effort, enabling the controllers potentially to cover large operating regions. A key technique here is the so-called inverse model approach, where an inverted non-linear plant model is used in the control system. Modelica, with Modelica tools, allows such systems to be described and handled in a simulation environment. However, generating code from Modelica models on controller hardware is not simple. The MODRIO project now makes this technique also available for non-specialists.

These different exploitation examples show how the MODRIO framework can accommodate the different stakeholders of the European energy system, paving the way for closer cooperation to tackle the challenges of the energy transition.

A few years after its completion, the project impact is still strong. EDF uses results regarding the modelling of requirements to automate the FMEA (Failure Modes, Effects and Criticality Analysis) of safety critical systems. Because the cost of modifications grows exponentially while going further into detailed design, the benefit is the ability to perform safety verifications all along the engineering lifecycle in order to correct design errors as early as possible and avoid costly late modifications. The expected gains are estimated to be around 30% of the cost of large projects.

EDF uses results regarding state estimation to detect and diagnose the causes of power losses in power plants. A new power loss monitoring system, which combines physical modelling with Modelica and Bayesian networks and modelling based on neural patterns, is now deployed in EDF's nuclear power plant fleet, and has prompted the launch of a new start-up to provide model-based smart diagnosis and prognosis services for CPS.

The newly developed braking systems allows Knorr-Bremse to reduce the hardware tests by 30%.

The 1D and 3D real-time models originating from MODRIO are being used by Siemens Industry Software NV as building blocks in human-in-theloop simulators (car, motorcycle, aircraft), and in Virtual Sensing (getting more out of measured data thanks to models), a joint research line with KU Leuven that has become a leading R&D area, with the elaboration of numerous applications. For Siemens Industry Software NV, the FMI/FMU is the cornerstone for recent and future developments of the Executable Digital Twin (xDT): part of a model is exported as an FMU, the rest of the structure is available physically and tested. This is also called Model- Based Testing (MBT). For running models on a real-time platform, the FMI/FMU has confirmed itself as the leading technology. ModeliScale, an ongoing French funded project that aims at scaling up Modelica to very large systems, uses results regarding multi-mode modelling and state estimation.

EMBrACE is a recently labelled ITEA 3 project in which 45 organisations across 8 countries aim to develop a new standard and associated tools for the formal modelling and simulation of requirements. The roots of EMBrACE can be found in MODRIO that produced the draft specifications for a new requirement modelling language called FORM-L adapted for CPS.

Finally, ideas developed in MODRIO about multi-mode modelling were among the incentives to launch the development of a new modelling language, named MODIA by Modelica founders, that could be the successor to the Modelica language in the long term.

Dassault-Aviation states “R&D projects, in particular ITEA ones, helped in creating or enhancing new capabilities from quite low TRL in particular domains to levels which now allow industrial use of these promising technologies, but at the beginning difficult to implement. ITEA projects have allowed to gather skilled partners to tackle the problem, on the base of industrial needs provided by companies like Dassault Aviation, EDF ...” 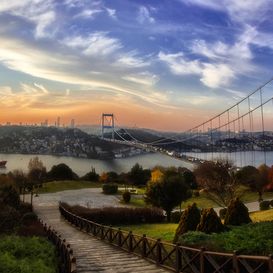 Creating a climate for impactful R&D 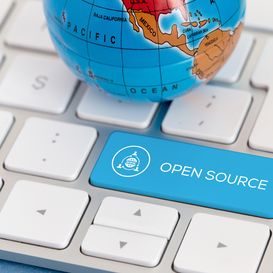 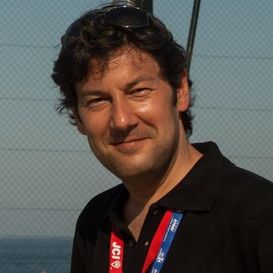 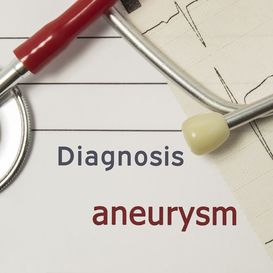 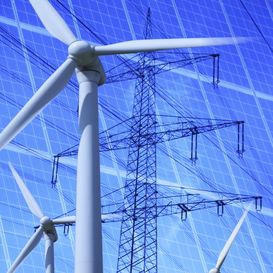 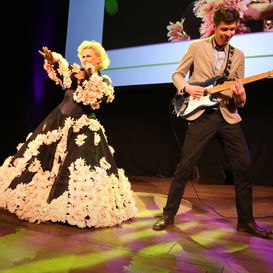 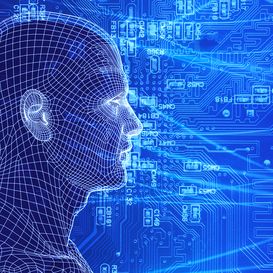 SME in the spotlight: Yazzoom

From downtime to uptime with real-time anomaly detection 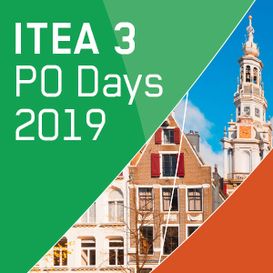 'Mix between speed dating and a hackaton' 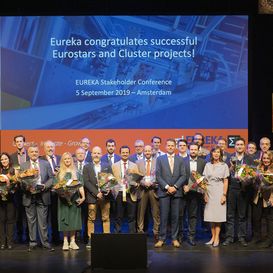